Medium: screenprint in colors, 1995, on Lanaquarelle Watercolor paper, signed and dated '96' in pencil, numbered 14/35, published by Gemini G.E.L., Los Angeles, with their blindstamps and presumably their inkstamp on the reverse, in very good condition, not examined out of the frame 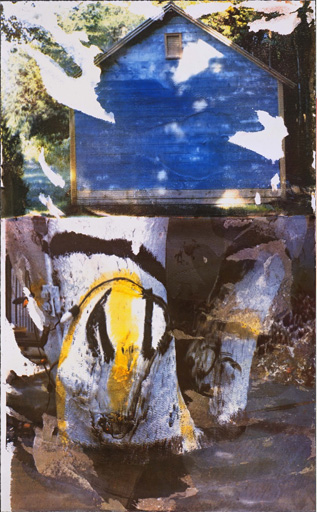 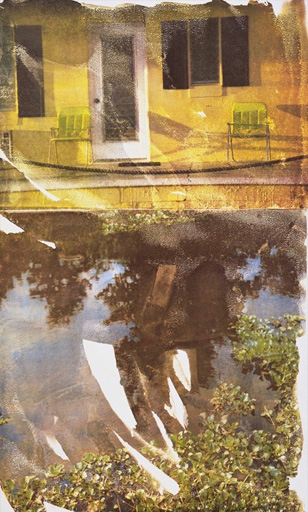 Robert Rauschenberg was born Milton Rauschenberg on October 22, 1925, in Port Arthur, Texas. He began to study pharmacology at the University of Texas, Austin, before being drafted into the U.S. Navy, where he served as a neuropsychiatric technician in the U.S. Navy Hospital Corps in San Diego. In 1947, he enrolled at the Kansas City Art Institute and traveled to Paris to study at the Académie Julian the following year.

In fall 1948, Rauschenberg returned to the United States to study under Josef Albers at Black Mountain College near Asheville, North Carolina. During intermittent study there through 1952, he met avant-garde creative partners John Cage and Merce Cunningham, with whom he would later collaborate. While taking classes at the Art Students League, New York, from 1949 to 1951, Rauschenberg was offered his first solo exhibition at the Betty Parsons Gallery. Some works from this period include blueprints, monochromatic white paintings, and black paintings. From fall 1952 to spring 1953, he traveled to Europe and North Africa with Cy Twombly, whom he had met at the Art Students League. During his travels, Rauschenberg worked on a series of small collages, hanging assemblages, and small boxes filled with found elements, which he exhibited in Rome and Florence.

On his return to New York in 1953, Rauschenberg completed his series of black paintings, using newspaper as the ground, and began work on sculptures created from wood, stones, and other materials found on the street; paintings made with tissue paper, dirt, or gold leaf; and more conceptually oriented works such as Automobile Tire Print (1953) and Erased de Kooning Drawing (1953). By the end of 1953, he had begun his Red Painting series (1953–54) on canvases that incorporated newspapers, fabric, and found objects and evolved in 1954 into the Combines, a term Rauschenberg coined for his well-known works that integrated aspects of painting and sculpture and would often include such objects as a stuffed eagle or goat, street signs, or a quilt and pillow. In late 1953, he met Jasper Johns; together, Johns and Rauschenberg are now considered the most influential artists who reacted against Abstract Expressionism. They had neighboring studios, regularly exchanging ideas and discussing their work, until 1961. From 1954 to 1964, and again in 1977, Rauschenberg also worked with Cage and Cunningham, contributing scenic, costume, and lighting design to the latter's dance company.

Rauschenberg began to silkscreen paintings in 1962. He had his first retrospective, organized by the Jewish Museum, New York, in 1963 and was awarded the Grand Prize for painting at the 1964 Venice Biennale. He spent much of the remainder of the 1960s dedicated to more collaborative projects, including printmaking, performance, choreography, set design, and art-and-technology works. In 1966, he cofounded Experiments in Art and Technology, an organization that sought to promote collaborations between artists and engineers.

Over the following decades his work continued to encompass a variety of fields. In the summer of 1970, joining a protest movement in the arts against the Vietnam War, Rauschenberg withdrew from the U.S. Pavilion at the Venice Biennale. In September that same year, he founded Change, a nonprofit organization to assist artists-in-need with emergency expenses.

By the end of 1970, Rauschenberg had established a permanent residence and studio in Captiva Island, Florida. He eventually acquired 20 acres of the island to use a workspace and serve as a nature preserve. His first project on Captiva was a 16.5-meter-long silkscreen print called Currents (1970), made with newspapers from the first two months of the year, followed by Cardboards (1970–71) and Early Egyptians (1973–74), the latter of which is a series of wall reliefs and sculptures constructed from used boxes. He also printed on textiles using his solvent-transfer technique to make the Hoarfrosts (1974–76) and Spreads (1975–82), and for the Jammers (1975–76), he created a series of colorful silk wall and floor works.

A retrospective organized by the National Collection of Fine Arts (now the Smithsonian American Art Museum), Washington, D.C., traveled throughout the United States in 1976 and 1978. In 1977 Rauschenberg, Cunningham, and Cage reconnected as collaborators for the first time in 13 years, when the Merce Cunningham Dance Company, New York, performed Travelogue (1977), for which Rauschenberg contributed the costume and set designs.

In 1980, after he settled a copyright lawsuit brought against him for an earlier appropriation of an advertisement, Rauschenberg shifted to exclusively using his own photographs as material for works that involved photography. His return to that medium led to exhibitions in Florida and Paris over the next two years, which, for the first time, featured his black-and-white photographs from the 1950s, as well as his more current photographs taken in various cities around the United States. In 1981 he began work on The 1/4 Mile or Two Furlong Piece (1981–2008), conceived by the artist to be the longest artwork in the world, eventually extending beyond the length designated in the title. It encompassed a wide range of Rauschenberg's techniques and a chronology of his imagery.

Rauschenberg traveled extensively throughout his life. In the mid-1980s his collaborations with artisans and workshops abroad culminated in the establishment of the Rauschenberg Overseas Culture Interchange (ROCI). Announced to the United Nations in December 1984, ROCI involved the artist making and presenting work while traveling with a team of assistants through 11 politically sensitive countries, including China, Tibet, the U.S.S.R., and East Germany, as a way to initiate cross-cultural dialogue. Some works remained in their original sites as gifts and others traveled with the ROCI team to be shared with future participants. Rauschenberg personally funded the project, which concluded in 1991 with an exhibition of over 125 works at the National Gallery of Art, Washington, D.C.

Based on his introduction to painting and screenprinting on copper during ROCI Chile in 1985, Rauschenberg created multiple series, such as Urban Bourbons (1988–95), that focused on different methods of transferring images onto a variety of reflective metals, such as steel and aluminum. In addition, throughout the 1990s, Rauschenberg continued to use new materials while still working with more rudimentary techniques, such as wet fresco, as in the series Arcadian Retreat (1996), and the transfer of images by hand, as in the Anagrams (1995–2000). As part of his engagement with the latest technology, he began making digital Iris prints and using biodegradable vegetable dyes in his transfer processes, underscoring his commitment to caring for the environment. During this time, he also designed costumes and sets for several major productions by the Trisha Brown Dance Company, New York. Despite a stroke in 2002 that paralyzed his right side, he continued to make work in his Captiva Island studio.

The Guggenheim Museum has exhibited the largest retrospective of Rauschenberg's work to date (1997), which traveled to the Menil Collection, Contemporary Arts Museum, and Museum of Fine Arts, all in Houston (1998); and then traveled to Europe (1998–99) with exhibitions at Museum Ludwig, Cologne (1998); and Guggenheim Museum Bilbao (1998–99). Also in 1998, the Vatican commissioned (and later refused) a work by Rauschenberg based on the Apocalypse for Renzo Piano's pilgrimage church in Foggia, Italy. The Museum of Contemporary Art, Los Angeles, and the Metropolitan Museum of Art, New York, hosted a survey of the artist's Combines (1999), and the Guggenheim Foundation organized the memorial exhibition Robert Rauschenberg: Gluts for the Peggy Guggenheim Collection, Venice (2009), which traveled to the Museum Tinguely, Basel (2009–10); Guggenheim Museum Bilbao (2010); and Villa e Collezione Panza, Varese, Italy (2010–11). Rauschenberg's last stage set was for Cunningham's Xover (crossover) (2007), based on his own painting Plank (2003). Rauschenberg died in Captiva Island, Florida, on May 12, 2008.